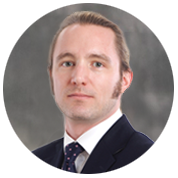 Dave Sylvester is a strategic and operational advisor to small and mid-sized businesses. He currently sits on advisory boards or boards of directors for companies in the defense and intelligence, insurance, and consumer products industries. His past experiences include strategic supply chain management at Boeing, operations management at Verizon, and several entrepreneurial endeavors. He has managed projects worth hundreds of millions of dollars and has led supply chain and teaming strategy for billion-dollar proposals with DOD, DOE, DHS, and the Intelligence Community. 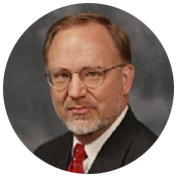 James E. Sylvester is an experienced telecommunications industry advisor with over 35 years of experience in the design, development, testing and implementation of telephone and computer systems. Currently, he consults to telecommunications equipment manufacturers and service providers and serves on several companies’ advisory boards. Previously, he was vice president, Systems Integration and Testing, for Verizon from which he retired in 2006. At Verizon, Mr. Sylvester managed their ISO-certified labs for the testing of new products and services prior to placement in Verizon’s commercial wireline networks. Mr. Sylvester previously served as a member of the Board of NACLA, National Cooperation for Laboratory Accreditation, which evaluates U.S. laboratory accreditation bodies that, in turn, certify the nation’s labs – everything from the CSI/forensic labs to water testing to electrical testing to lifejacket testing. Mr. Sylvester graduated Magna Cum Laude in electrical engineering from Kansas State University and completed an MSEE degree at Stanford University as well as an MBA from the University of Chicago. Mr. Sylvester has fourteen patents in the telecommunications field. Prior to retiring from NASA in November 2016, Mr. Yoder served as both the Associate Administrator (Acting) and the Deputy Associate Administrator in the NASA Science Mission Directorate responsible for overseeing the safe and successful execution of the directorate’s $5.6B annual budget and portfolio of 114 missions in formulation and development, as well as the operating science missions.

Mr. Yoder joined NASA in 2000 formulating the Flight Hardware Development Branch within the Engineering Directorate at the Johnson Space Center, Houston, Texas. In 2005, Mr. Yoder joined the Exploration Systems Mission Directorate (ESMD) at NASA Headquarters serving in various roles including Director for the Directorate Integration Office where he was responsible for a broad range of ESMD integration activities including architecture trades and analysis, information technology architecture and IT management, risk and knowledge management, technology protection, and Constellation Program Level 1 requirements. Mr. Yoder joined the Astrophysics Division in the Science Mission Directorate (SMD) May 2010 as the Astrophysics Division Deputy Director working with the Director leading one of the world’s largest space astrophysics programs. The astrophysics portfolio includes over a dozen flight projects including the Hubble Space Telescope, Chandra X-ray Observatory, and the Spitzer Space Telescope, and grant programs for hundreds of researchers around the country. In June 2012, Mr. Yoder was assigned the role of Program Director for NASA’s $8B James Webb Space Telescope.

Prior to joining NASA in 2000, Mr. Yoder working for Litton Systems Inc., from 1986 -2000 responsible for reliability assurance of various avionics suites directing reliability and qualification test and verification activities. He served as scientist for the Reliability Assurance Department participating in the various product improvement initiatives such as the Navy Production Technology Improvement Program (PTIP). He also served as Engineering Project Manager for various commercial, military, and space projects.