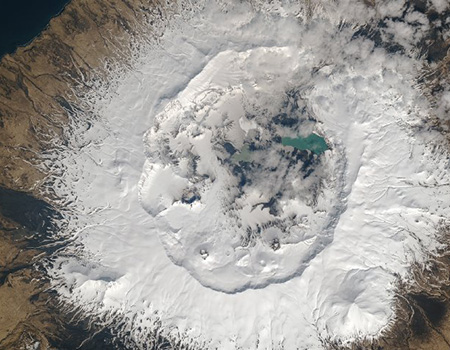 GREENBELT, MD – Telophase is proud to announce we are part of the winning team for NASA’s Space and Earth Science Data Analysis (SESDA IV) contract with ADNET Systems to support the Goddard Space Flight Center (GSFC) in Greenbelt, Maryland. The new contract has a value of $250M and will continue for a base of 5 years. The primary requirements are engineering, scientific, and technical services. We will provide services in web development, communications support, data science, as well as education and public outreach. Telophase has been an incumbent on SESDA since 2008 (SESDA II).

CEO Jamil Husain is looking forward to working on the new contract and stated, “The award of SESDA IV demonstrates their continuing trust of our team in supporting Goddard’s place as the leader in NASA science missions.”

Over three hundred scientists and engineers supported the previous contract and have been involved in the creation and launch of many successful projects. In 2016 and 2017, SESDA employees contributed to key projects such as the launch of the twin NASA sounding rockets from Poker Flat Research Range, spacecraft Juno’s successful entrance to Jupiter’s orbit, and the release of Helioviewer 3.0, a Solar and Heliospheric data exploration tool.

Founded in 1998, Telophase is an SBA certified small disadvantaged IT solutions provider headquartered in Arlington, Virginia. We have significant experience working on behalf of the U.S. Government and consistently receive “Excellent” ratings in the federal government’s CPAR system for our performance. In addition to our roster of Federal agencies and institutions, Telophase prides itself on its track record of working collaboratively with industry leaders in furtherance of government objectives and missions.